Each year, the iAccessibility Management Team looks back at what devices they liked best and we put each person’s favorite down in a blog post. It is now time for our 2017 picks. Do you agree with us? Let us know on Twitter or in the comments section. You can also email your pics for 2017 to feedback@iaccessibility.net 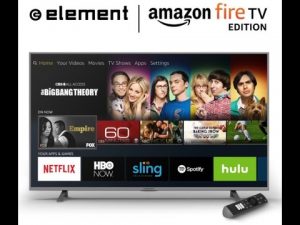 The Amazon Element TV is a 4K HDTV with Amazon FireOS built in. It offers Amazon Alexa voice support, and allows low vision and blind users to use VoiceView, Amazon’s built in screen reader that works on the FireTV line of devices and the Amazon Fire tablets. 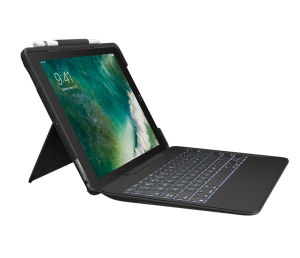 My pick for best device of 2017 would have to be the Logitech Slim Combo Case  for the 10.5 inch iPad Pro. While I’m not a big fan of the plastic material the case is made of, it’s really light, and typing on the keyboard is a really nice experience. The F and J keys have easy to locate markings on them to help with orientation. In fact, the markings are a bit too prominent for my taste, but it’s something I’m more than willing to live with.

The keyboard has some dedicated function keys for things such as adjusting the display brightness, searching in Spotlight, and controlling media playback. Because the keyboard connects via the Smart connecter, there is no Bluetooth connection to deal with, and no batteries to charge. It’s there when you need it, and you can remove it when you don’t.

The case itself snaps over the back of the iPad, leaving the side with the lightning connecter and speakers exposed. There are covers for the sleep/wake and volume buttons.

It also features a kickstand that angles the iPad in a similar fashion to a laptop screen, so it’s not laying flat on a table or your lap when in use. Both the kickstand and keyboard attach magnetically to the case, and, in the case of the keyboard, will lock the screen just like a Smart Cover does. The front of the case also has a holder for the Apple Pencil, unlike most others in its class.

I know of no other case for the 10.5 inch iPad Pro that has the same level of convenience and functionality that this case offers, and I recommend it to anyone who wants a keyboard and is getting an iPad Pro.

Following up on Jason’s comments, I have to say that the 10.5-inch iPad Pro is my pick for this year. Yes, the iPad has been a great device since day one, but the iPad Pro takes it to the next level, especially when combined with a case, like the one Jason mentions above. This lightweight, powerful tablet has become my travel companion, and, in several cases, is taking the place of my MacBook. It has an A10X chip, serious RAM, a beautiful display, a powerful camera, and, favorite in my book, four gorgeous speakers that make the sound from this device extremely pleasant to listen to. I think the 10.5 inch screen size is perfect for me: I can hold it easily and the screen real estate is not too much. With the new features in iOS 11 that allow a user to place two apps on the screen at once, which are completely accessible for blind users, this device is a real workhorse. 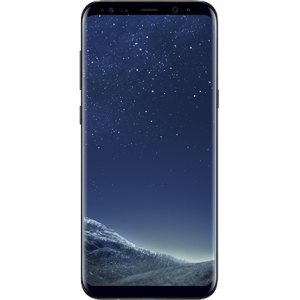 Yes folks, I continue my Android loving ways. It was a tough choice actually, but the Galaxy S8+ is my pick for favorite device of 2017. This phone is awesome. Its fit and finish are sleak. The Infinity screen display is amazing. You can hook it up to a docking station and almost use it as a desktop replacement. With an Octocore processor and 64Gb of storage, you can do just about anything you want (Minecraft is awesome on this device by the way.) Speaking of Minecraft, let’s not forget the Samsung Gear VR you can put this device into. Whoa! Now that is cool!

Ok, enough of me oohing and aahing. Here is why I love this phone.

The screen is really amazing. The curvature at the edge is very comfortable. I really like how the edges light up with notifications. Also, watching YouTube, Netflix, and Amazon Video is no problem. I use magnification quite a bit, and everything looks crisp and clear when I magnify the screen.

Battery life is truely a key point of this device. Every day, I stream music probably six to seven hours, have WhatsApp running constantly, watch several YouTube videos, write several texts, make and receive voice calls, and my battery is still at around 15% when I put it on the charger at night. I typically take the phone off the charger around 6:00 a.m. and put it back on the charger around 10:00 p.m. My household has had the S2, S3, S4, S5 Sport, and the S7 and I have never seen this kind of battery life out of any of these older devices. Keep in mind that your mileage may vary depending on your useage.

Expandable memory: Yes, I am one of those that still wants expandable memory. I only have a 64Gb micro SD card in my phone right now, but my music collection is expanding and I am due for an upgrade.

Finger print reader location: Samsung took quite a bit of grief from this one. I personally find it easy to use, based on the way I hold my phone. My index finger naturally falls into place for the fingerprint reader to scan my finger.

General look and feel: This phone just looks and feels cool in my opinion. the overall fit and finish is very nice. I also believe this to be one of the best phones Samsung has made to date, again in my opinion. 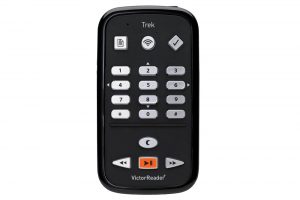 My pick for 2017 is not a tablet or a mobile device. It is, however, a very mobile way to access your favorite books, podcasts, and internet radio stations. You can also record notes with the built-in notes feature. The thing that makes this device unique is that you can also use built-in TomTom GPS to guide you while listening. This is all without taking your phone out of your pocket or getting distracted by notifications.

Back in October, HumanWare released a brand new device that puts the famous Victor Reader stream and the Treker Breeze together in one package. The Victor Reader Trek, priced at $699, feels a bit heavier than the second generation stream, has a faster processor, bluetooth capabilities for use with headphones or speakers, 32gb of internal memory, and comes with an 8gb SD card,which can be exchanged for up to a 256gb card, so you should never run out of storage.

I picked this device because, even though I use GPS on my phone, it uses up data, gets constantly interupted by VoiceOver speech and notification sounds that can be distracting. The Trek gets rid of that headache.

One of my favorite features, found only in the Trecker, is the ability for the device to describe to you what type of intersection you are about to cross. This is useful if you’re in a new area and you’re not familiar with it yet. You are able to explore an area before you take your route as well.

I know the device is a bit pricey, but I feel that it is a good fit for those who want a stand-alone book reader, podcast player, note recorder and navigation tool.